Since the June ADWDA eNews, Dorper and White Dorper listings have remained extremely robust on AuctionsPlus, as the shedding breed market continues to move from strength to strength.

Listings for June-21 to September-21 have increased 65% on the same period last year, totaling 101,509 head. This increase is largely underpinned by significant numbers listed throughout August, as an influx of new season lambs saw just over 40,000 head listed - 286% higher than August 2020. 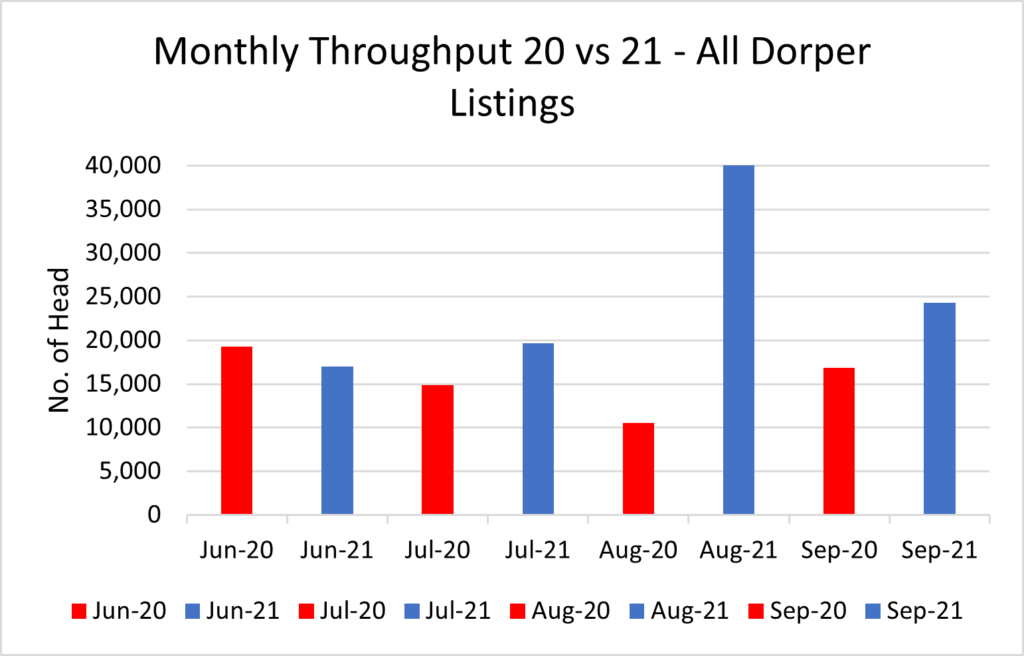 Upon review of yearly listings, 2021 has recorded the highest throughput of Dorper/White Dorper listings since 2016. This is testament to the robust prices on offer, the rise in popularity for the shedding breed market and ongoing restocker demand in the wake of the excellent seasonal conditions. With over 230,000 head listed for the year-to-date, 2021 is already 17% higher than last years record yearly throughput and 47% above 2019 levels. 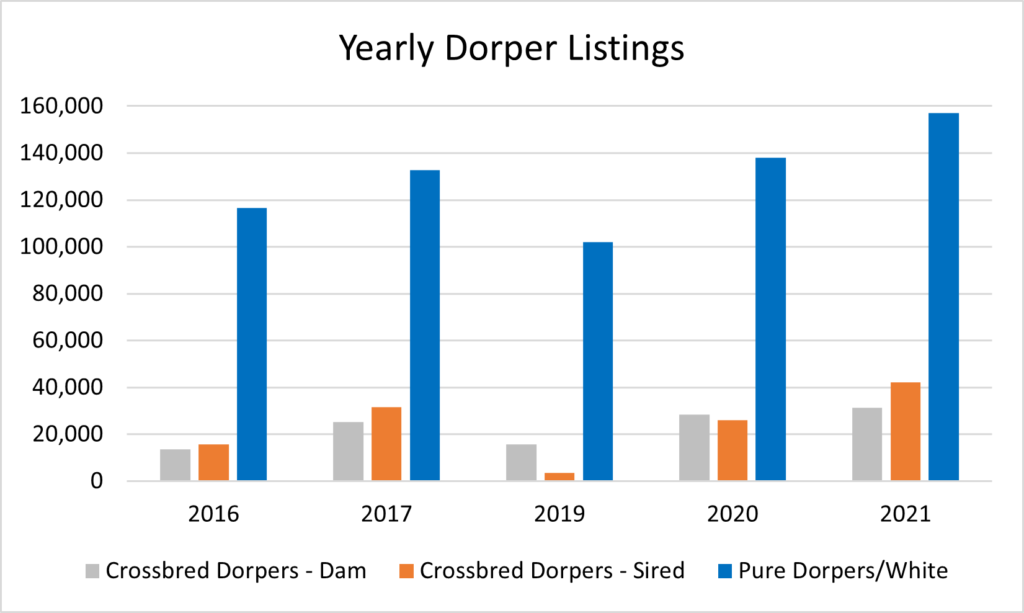 Interestingly, for the past three months listings have been continuously increasing, while clearance rates have been on a steady decline over the same period.  Clearance rates peaked in June, where 87% of all Dorper listings sold, and then remained firm for July and August, with 85% and 82% sold, respectively. September registered the lowest clearance to date, falling to 69%, as the influx of new season lambs impacted transaction rates.

An influx of store lamb listings - typical of the new season lamb period - has contributed to just shy of 50,000 head of Dorper lambs listed - the third highest listing so far since 2016. The bulk of the listings came in August, when 9,542 head were offered, while prices for the category maintained a robust level, peaking at $171/head in July. 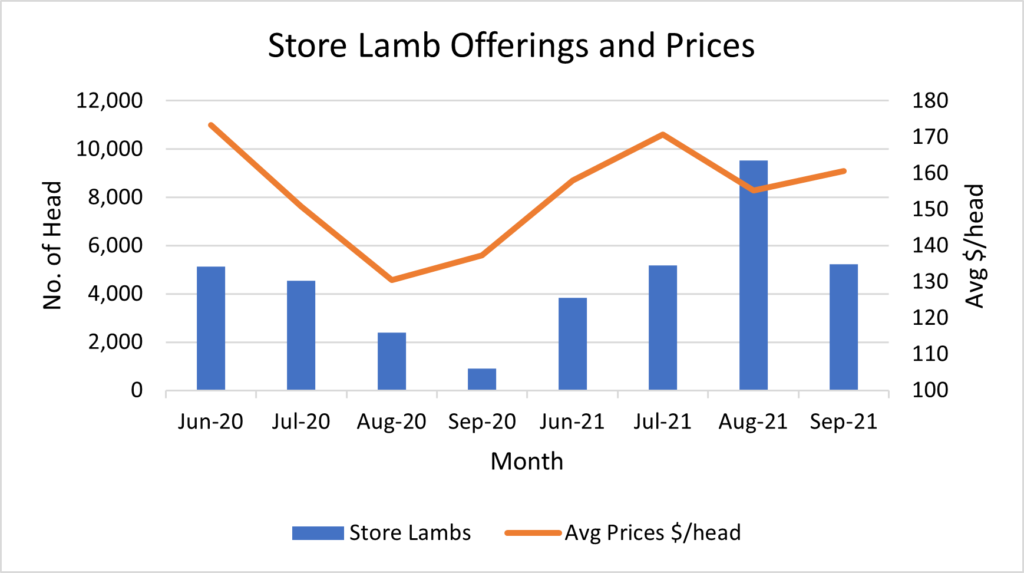 The past three months has seen a wealth of Dorper and White Dorper studs hold their annual sales, with many utilizing the AuctionsPlus platform to facilitate their sale and allow online buying. Driven by tightened COVID restrictions, an additional number of sales transitioned to online only this year. Other sales utilized the interface system, where AuctionsPlus was present at the physical sale, allowing for online bidders to compete alongside bidders onsite.

Below is a snapshot of Dorper and White Dorper stud sales held on AuctionsPlus over the past three months.